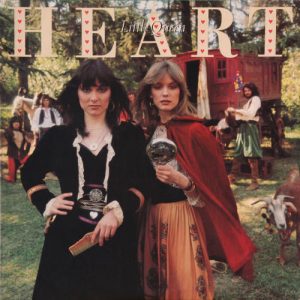 So there I was minding my own business, likely plotting something devious or daydreaming about Donna….I was 10, it was the 70’s, which, you know, was enough right there, and popular music kicked all kinds of ass. Rock & Roll had about bled out but the 10 year old me didn’t know that. All I knew was I could go anywhere outside on breezy summer days and hear great song after great song.

The music from the 60’s did its thing, that was necessary. It hit hard and it broke things. It livened things up. In the 70’s it got pretty and maybe a little (maybe times 10) self-gratifying but there were bands that could lay a track down that would kick your sorry ass. Heart was such a band. Heart was pretty and, well – girls; but they rocked all over the place when they weren’t singing about butterflies and whatnot.

I dug them so much that a few years later Heart would be my first concert. It’s not like I pined for that; Oh, Heart, would that I may gyrate in the aisles of your groove…Nuh. It was more like a timing thing along with the whole hell yeah I wanna go. But there it was – my first concert. John Paul Jones joined the band that night – it was all the rage. Anyway…

This track, ‘Straight On’, released in 1978. It was 15 shades of awesome then and it still is. Grab a chunk now and be a better person for it. Best part of the song: Quite…. 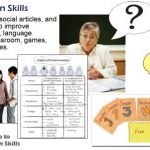 Oof. Here’s a ridiculous article I just stopped reading that I was screening for purpose and value for my kids. That’s how I roll, I see a thing that could be helpful to them and I examine it. This thing, though, this one quickly became more of the same dreck, I should say, more of […]