You are here: Home / Blog Fodder / Reorganizing the Collection 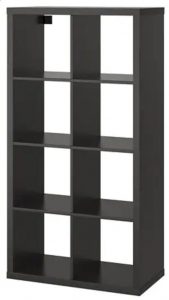 So it’s time for another Expedit. Only they don’t make them anymore, they make a Kallax now. Hmmm…

It’s the same cabinet only with thinner outer panels. The interior compartment dimensions remain the same as the Expedit but I can wobble this cabinet to-and-fro a lot easier then the Expedit. I took pause for a moment at this because I’m using the cabinets on their sides not vertically as intended. It’s not a big deal, really, just a thing I noticed. It’ll hold all these glorious albums just fine.

So I got another Expedit Kallax cabinet and like the last time, it’s the greatest thing in the world.

Moving the pile of records out of my office was sweet. It’s tough moving around in here with stacks of albums all over the floor. I try to keep the room as feng shui as I can, because I’m innately very into that, but it still gets carried away; and I’ll have more albums on Saturday.

The thing with getting a thing to be more organized is that you gotta be more organized. I couldn’t just stack any grouping of albums into the new cabinet willy-nilly and I had priorities, like the albums all over the floor. So I needed to reorganize the collection in order to fill both cabinets equally and have my genres the way I like them. Twice it occurred to me that I had been slack in the storage though I thought I was pretty squared away. I found albums put away that I hadn’t catalog’d yet, and a bunch of albums in the wrong genre.

The thing is, I use Tellico to manage my collection. It organizes things a little differently than I had in the past. Example: Tellico wants to organize my collection by album name. So, if I print out a report of, say, rock, it will list all the records by album name alphabetically instead of by artist and then title. Additionally, it uses the first name when organizing alphabetically. So Leon Russell is under “L”. 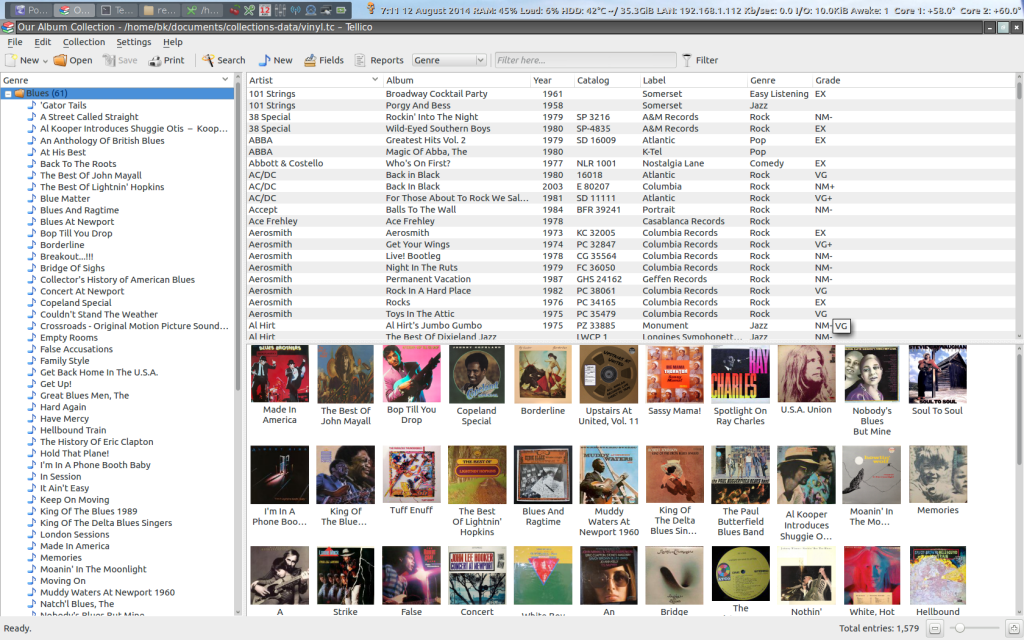 I worked it out, though, with a bit of forum help. Tellico is kickass. When I need to I click the table field headers in a sequence and I have my genres separated by artist and then album. Cool. Now I can print the Jazz genre and it’s listed as I like. This is what I did to organize the albums, printed each genre and want at it. It’s still by first name alphabetically but I’m cool with that. You gotta be able to roll with things, ya know?

Now I have rock, blues, easy listening (anyone wanna buy some Johnny Mathis?), Stage & Screen, Classical, and the boxed sets in my office and jazz, pop, and folk are in the living room. Cool. And I can wheel my chair around again in my office. 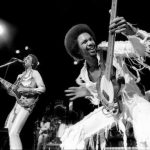