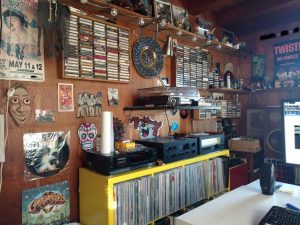 And I’ll get back to it in a minute, but first, I wanted to respond to this:

"The cover art is too small," we sneered. "How are you supposed to clean your pot on that?"

It’s from this article and it’s a terrific article. I laughed out loud reading that line because I thought the exact same thing when I handled my first CD. Too funny.

The thing about portable music is what makes it so numbing and bad – that thing will play forever. Now, dig, because it’s full circle. What I wouldn’t give to be able to carry all my music around with me. Today nobody thinks this but back in the day I certainly did. Albums were great but they had to stay home. Man, I was all about moving and grooving, places to go, people to see. It was a complete drag to be without tunes as I rode my bike. Or hoofed it. 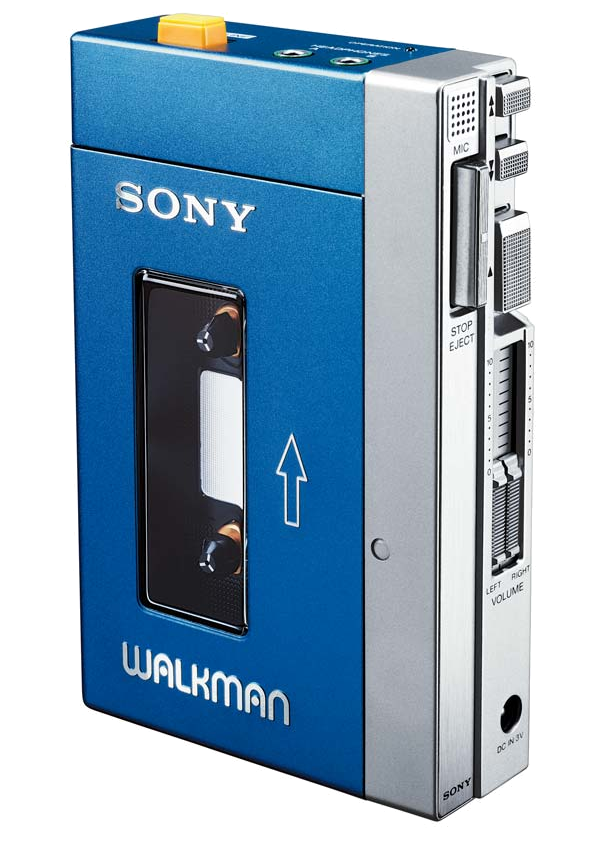 When the Walkman came out it was fabulous. We already had portable FM but it sounded like ass and was mono. If it was stereo it still sounded like ass. With the Walkman you had decent sounding FM stereo and a portable cassette player, to boot. That was cool. Now it was OK that you couldn’t take your albums with you because tapes. Which, we knew and accepted sounded worse than albums. No, it’s not a new thing with people today deciding to trade fidelity for portability with mp3s, we did it with tapes. We did exactly that.

In any case, tunes were portable so riding your bike was better. We had this gear for decades, portable FM stereo with cassette and then CD. In the late 90s we got portable jukeboxes and in the 00s we got the ipod, et al. Damn. Now we could seriously carry all of our music around on a thing smaller than a pack of smokes. It still sounded like ass, but we could take everything.

And all of our songs would play, for hours and hours, with no interaction from us. And it all had that compressed sound. I think have come full circle in finally realising we shouldn’t always get what we want. The portability of mp3s has worn off because the tradeoff we made for sound has turned out to have been too much.

The vinyl resurgance is kinda funny because the record companies are really trying to cash in. Reissues of so many back-catalog albums. Even with the limited production runs I see more flaws buying new albums today than I did when I was a kid and they were mass-producing the things. So, short thrift going on?

People sometimes ask, hey, man, why is your turntable mounted on the wall? Whaddya you, some kind of weirdo? Sometimes, depending upon who’s asking, I may go into this whole schpiel of esoteric bullshit, you know, tell them all manner of reason. I watch their eyes bounce around the room in a “oooooh, goooood for […]